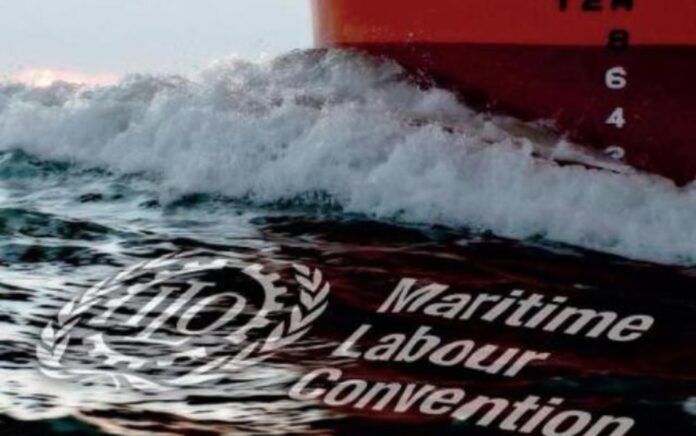 (www.MaritimeCyprus.com) Reference is made to the Circular No 2016/016 which informed Members of the amendments to the Maritime Labour Convention 2006 which will enter into force on 18 January 2017. After this date, ships that are subject to the MLC will be required to display certificates issued by an insurer or other financial security provider confirming that insurance or other financial security is in place for liabilities in respect of

The Boards of all Clubs in the International Group have decided that Clubs should provide the necessary certification.  The purpose of this Circular is to provide an update to Members regarding the steps which are being taken to enable Members to meet the financial security requirements.  The Circular contains the most important information while more details are provided in the accompanying FAQs.

Ships will require MLC Certificates if they are

More information about the categories of ships to which MLC applies can be found on the Club’s website and FAQs on MLC.

All Clubs in the international Group will shortly provide information to Members about the process for obtaining Certificates. The Certificates will be sent to Members by their Clubs in PDF format based upon the wordings in Annexes 1 and 2.  Members must then print the Certificates and ensure that they are posted in a conspicuous place on board where they are available to seafarers no later than 18 January 2017.

Once the Certificates are issued, they will be recorded on the ship search facility on Club websites.

The Certificates are provided by the Club and there is no need to apply for State issued Certificates. However, some States may require shipowners on their register to supply copies of the Certificates for their records.

Those Members who intend to renew with their existing Club may be able to obtain Certificates which are valid up to 20 February 2018.

Some of the liabilities arising under the Certificates will fall within the scope of standard P&I cover for crew.  For example, Club Rules will normally cover compensation for death or long term disability. Similarly, repatriation costs and wages following a shipwreck form part of standard cover. However other liabilities fall outside the scope of P&I cover, in particular repatriation costs and wages arising from the abandonment provisions set out in Standard 2.5.2 of the MLC, as amended.

Clubs are able to provide Certificates on the basis set out in the MLC Extension Clause which appears in Annex 3. This provides that the Club will pay claims advanced by seafarers which fall within the scope of the Regulations and Standards specified in the Certificates.  The Clause also provides that if such payments fall outside the scope of standard cover, Members will be obliged to reimburse the Club.

The MLC financial security requirements raise many challenges for shipowners, insurers, Flag States and Port States. Although there is some resemblance to the compulsory insurance system under IMO Conventions, there are considerable differences.  For example, MLC does not stipulate a prescribed wording for the security. In addition, individual States have a degree of flexibility as to how they implement and enforce MLC from both a Flag State and a Port State perspective.  At the time of writing 79 States have ratified the Convention. The International Group has been instrumental in establishing an informal Correspondence Group of 18 States who have been consulted and given the opportunity to comment on the proposed steps taken by the International Group.  The aim has been to provide a system for security which meets with the requirements of MLC and is accepted in all States where MLC is in force.  Further updates will be provided in due course.

All International Group Clubs have issued a similar circular.