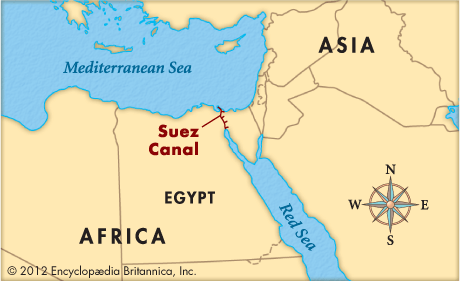 The Suez Canal opened to shipping on 17 November 1869.

Recently, a second lane to the Canal has been completed and placed into service.