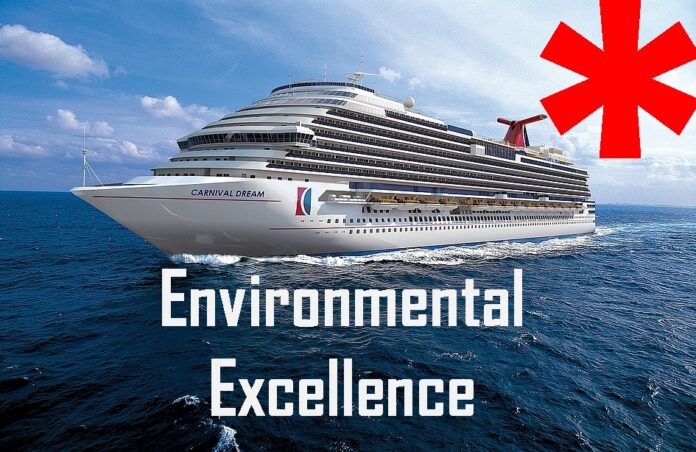 The three Carnival Corporation brands were recognized with a Green Gateway Partner Award during the Port of Seattle's Cruise Annual All Agency Pre-Season Reception, which took place in April at Seattle's World Trade Center. The commendations highlighted important environmental programs and initiatives from the brands including a fleetwide recycling program; Coastal Cleanup Day; World Oceans Day; shore power utilization to reduce carbon emissions while in port; the use of biodegradable cleaners; installation of LED lighting systems to save energy; implementation of new ways to significantly reduce waste; and creating electronic log books for environmental data, improving data quality, analysis and efficiency.

In addition to receiving a Green Gateway Partner Award, Carnival Cruise Line also won the Program Innovator Award for the second consecutive year. The brand earned this distinction for holding its first-ever shoreside Environmental/Sustainability Fair, a demonstration of commitment to environmental education and outreach to the staff and visitors of the Port of Seattle. Overall, Carnival Corporation's brands have been honored in each of the seven years of the awards existence.

Stephanie Jones Stebbins, director of maritime environment and sustainability at the Port of Seattle, specifically praised the Carnival Corporation brands for looking for new and innovative ways to effectively protect the environment and save natural resources.

"As the world's leading cruise company, our number one goal is to provide great vacations for our guests – and one of the top priorities in achieving that goal is our firm commitment to designing and implementing innovative sustainability efforts to protect and maintain the oceans, seas and ports in which we operate," said Roger Frizzell, chief communications officer for Carnival Corporation, whose 10 cruise line brands in North America include Seabourn and Cunard along with Carnival Cruise Line, Holland America Line and Princess Cruises. "It is not just an operating necessity – one that involves oversight from our Board of Directors – but it is also the right thing to do."

These initiatives are among a series of ongoing Carnival Corporation programs underscoring the company's commitment to sustainability and environmental responsibility, as outlined in its 2020 Sustainability Goals.

As examples, Carnival Corporation has invested more than $400 million to install Exhaust Gas Cleaning Systems on 60 of its ships in the past four years, significantly improving air emissions. The company leads the industry with the adoption of liquefied natural gas (LNG), the world's cleanest burning fossil fuel, with a total of seven new LNG-powered ships set to enter the fleet. The company and its brands also have partnerships with organizations involved in sustainability initiatives around the world – some of which include The National Association for Environmental Management (NAEM), The Nature Conservancy, Sustainable Shipping Initiative (SSI) and the U.S. Wildlife Trafficking Alliance.

The annual Green Gateway Awards ceremony honors industry leaders as judged by independent analysts from EA Engineering, Science and Technology, Inc., and is part of the Port of Seattle's commitment to promoting sustainable practices in regional cruising. The Port of Seattle is the country's sixth largest port, and its operations are responsible for creating nearly 200,000 jobs and $7 billion in wages throughout the region.

These awards come in less than six months after Princess Cruises (Carnival subsidiary) was hit with largest ever criminal penalty for ‘Deliberate Pollution’.

The case against Princess included illegal practices which were found to have taken place on five Princess ships – Caribbean Princess, Star Princess, Grand Princess, Coral Princess and Golden Princess. The matter ended with a US$40 mil. fine.