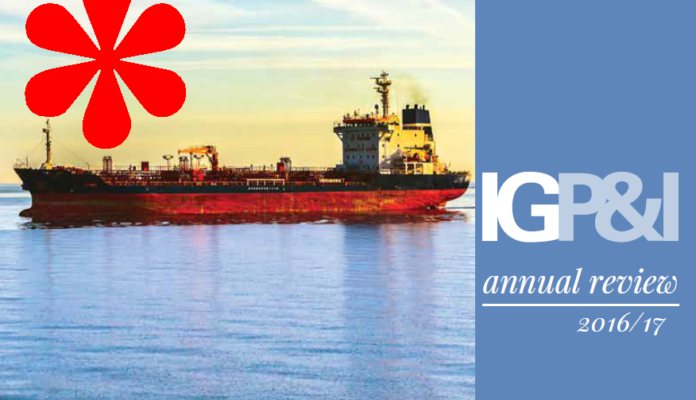 The IG P&I Clubs published annual review report, focusing on several claims that have concerned operators and the maritime industry as a whole, during the last year.

In particular, the key areas highlighted in the report are:

The Club reminds that, on 18 January 2017, the amendments to the MLC 2006 on financial security for seafarer liability and compensation entered into force. Since that date, ships registered in MLC State parties are required to display on board specific financial security certificates. These amendments require shipowners to compensate seafarers for death or long-term disability, and to pay outstanding wages and repatriation costs following abandonment.

In 2013, the Large Casualty working group, which was established in response to the experience of the “Costa Concordia” and “Rena” casualties, undertook a review of the 20 most expensive large casualties involving removal of wreck operations. The primary objectives of the review, were to identify the main factors driving the costs involved in large-scale removal of wreck operations and to assess and provide guidance on where measures could be undertaken to mitigate such costs.

In 2016, the review was updated to include analysis of a further six large casualty incidents involving removal of wreck operations. In the light of that further analysis, the conclusions and recommendations of the original review were updated. One of the recommendations of the original review was to
engage proactively with state maritime administrations and authorities with a view to raising levels of mutual knowledge, understanding and cooperation with such bodies.

Like other sectors, the maritime industry is increasingly burdened with acronyms and one which will become increasingly commonplace and relevant in the years to come is MASS (Maritime Automated Surface Shipping). Autonomous vessels will undoubtedly pose new insurance challenges and opportunities since between 70% and 80% of Maritime casualties resulting from human intervention or omission, they may well have a silver lining for marine insurers at large. However, possibly at the expense of the product liability markets which are likely to become increasingly engaged as the process moves forward.

MASS technology is already well developed and autonomous vessels are already in service in some predominantly non-commercial sectors. Significant
progress has been made in applying the technology to commercial shipping and it is only a matter of time before such vessels become a significant commercial reality.

The Club selected one major case of oil spill, with the grounding of the Torrey Canyon, in 1967. Although this was by no means the first oil spill from a ship, with the size of oil tankers increasing throughout the 1950s and 1960s, it was the largest ship-sourced oil spill at the time. The incident was a significance catalyst for positive change within the industry, with governmental and representative industry bodies working together in the ensuing years, most notably within the IMO, in the development of a comprehensive regulatory framework, a demonstrably improved shipping industry, adequate compensation for those affected by spills and good systems of preparedness and response.

Following the very significant spike in piracy activity between 2008 and 2013, particularly in the Horn of Africa/Arabian Gulf region, the slowdown in hi-jacking and piracy incidents in all regions has continued. This is good news both for shipowners and for their marine insurers. A variety of factors have contributed to the downturn in attacks since around 2013, not least improved diligence by shipowners in preparing their vessels and crews for trading in piracy-prone regions, and the continuing use of armed guards on board many vessels. A further major factor in the Horn of Africa/Arabian Golf/Gulf of Aden region has undoubtedly been the significant deterrent of the coordinated naval forces under the EUNAVFOR/ Operation Atalanta initiatives launched at the end of 2008.

However, the mandate of the operations will cease at the end of December 2018, and a phased reduction in the naval presence in the region has been in progress for some time.

The hijacking of the tanker Aris 13 off the coast of Somalia in March 2017 was the first such incident involving a commercial vessel in the area since 2012. Fortunately, the situation was resolved following the intervention of local naval forces, but this incident does raise the question of whether a declining naval presence will embolden pirates and reverse the trend of the past four years of declining levels of piracy activity in the region. 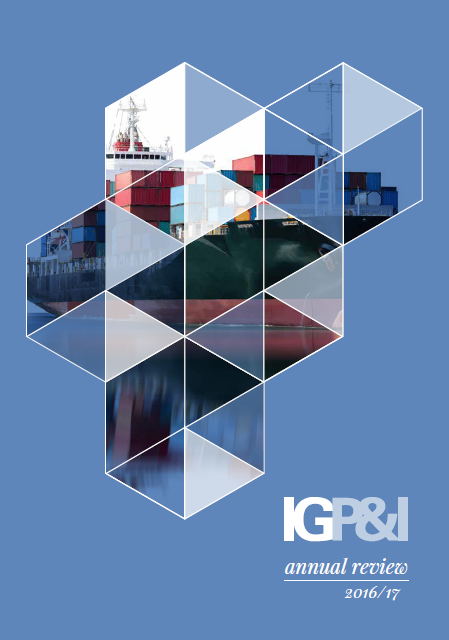