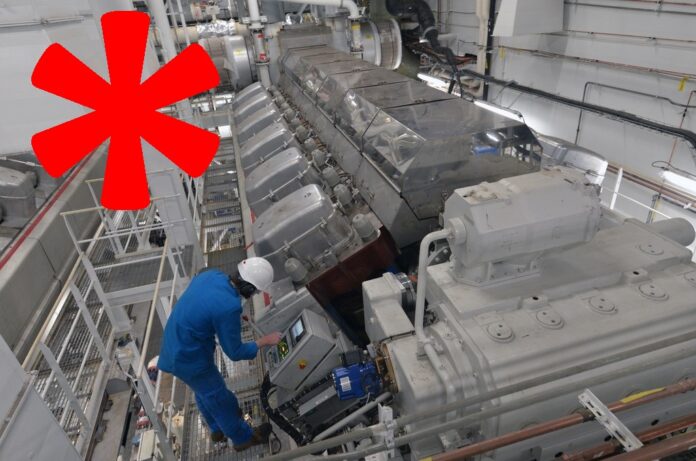 (www.maritimeCyprus.com) On September 13 2017 the Danish Supreme Court passed down its decision in a product liability appeal case between a manufacturer of marine engines and a Danish shipowner. The pivotal question before the Supreme Court was the distinction between damage to:

Facts
A plaintiff shipowner (S) ordered 10 gas carrier newbuildings between 2007 and 2010, seven of which were sister ships delivered by a Korean shipyard (Y). The defendant, a marine engine manufacturer (M), was engaged as a subcontractor. The marine engines were fitted with an electronic cylinder lubricating system designed to reduce friction within the cylinder, as the pistons moved to and fro, thus allowing for better engine durability. Although more expensive than mechanical lubricating systems, the reduced lubricant consumption enabled by the electronic system made it the best economic choice, with an estimated payback period of less than two years.

However, after a period of service, the piston crown, liner and rings had been exposed to extraordinary wear damages, requiring overhaul and maintenance work to be carried out earlier than anticipated. S submitted that the considerable wear damages inflicted on seven of its ships’ engines had been caused by a defect in the lubricating system and claimed $4,426,557.43 in damages for the losses incurred, including:

When the contract was drawn up, the electronic lubricating system had been applied only in larger marine engines of 60, 80 and 90 cm and not in the smaller 35 cm engines in question. Given the absence of a contractual relationship between S and M, S brought a direct claim against M under the rules on product liability developed in Danish case law. When the claim for damages was brought against M, the guarantee period and the period of notice for non-conformities had elapsed under the contracts between S and Y and Y and M. AUTHOR Rósing Rasmussen A key hurdle for S was convincing the court that the wear damages, which were allegedly caused by M’s lubricating system, constituted ‘product damage’ under Danish product liability law (ie, that the product delivered by M had inflicted damage to property other than that which had been delivered, and not merely to the product itself).

The damage therefore constituted product damage inflicted to “other property”. M argued that the damage in question should be considered damage to the product itself. The fact that the engines could be separated into component parts did not, in the defendant’s view, merit a finding that the system had been sold and delivered as an individual product. M further argued before the Supreme Court that the relevant test was to examine what M had sold as a unit to its contractual counterpart Y.

The Maritime and Commercial High Court found that the electronic lubricating system constituted a product, rendering the damages inflicted on the engine components product damage to other property, as required under product liability law.

The court explicitly emphasised that: the use of the electronic lubricating system when the contract was made should be considered a novel development for such smaller types of marine engines; and M had promoted the system as a distinct product in a special campaign with the potential of facilitating considerable savings.

The Supreme Court reversed the first-instance decision and explicitly distanced itself from this rationale, stating that the fact that S had chosen the electronic lubricating system in question could not justify such a result. On the contrary, the court found it apposite to reiterate its previous decision in Masnedø (published in UfR 2010.1360 H), wherein it had decided whether a producer of a defective component, which had been integrated into a product acquired by a later buyer, could be held liable under the Danish product liability rules.

Pursuant to Masnedø, the relevant test when distinguishing between the product in question and other property is to consider what has been sold as a unit to the plaintiff by its contractual counterpart. Accordingly, in order to determine whether the damage constituted damage to other property, the correct test was to consider what had been acquired as a unit by S – in this case, the ship – as opposed to what had been delivered by M to Y. The Supreme Court noted that the defendant’s counsel had not made this point during the proceedings. However, this did not change the final outcome, as the court went on to find that the marine engines and the appurtenant electronic cylinder lubricating system had been sold as a single unit to Y by M.

The product sold by M had therefore not caused damage to other property. Therefore, the losses claimed for by S, to the extent that they had been caused by an alleged defect in the lubricating system, constituted damage to the product itself and, as such, were not recoverable under product liability law.

To a non-Danish reader, it is noteworthy that the Danish product liability regime is twofold. Whereas the EU Product Liability Directive (85/374/EEC) has been implemented in Danish law by statute (Produktansvarsloven), the other regime is a result of Danish case law as developed and interpreted by the courts. Compared to the EU directive, the latter regime further permits compensation for damage to property that is not ordinarily intended for private use and consumption and does not make compensation contingent on whether the property was in fact used privately (compare with Article 9(b)(i-ii) of the EU directive).

In general product liability law, the delimitation between liability for the non-conformity of goods covered by the Danish Sale of Goods Act and the rules on product liability for defective products remains a classic conundrum. The producer will be held liable for damage caused by a defect in its product, commonly defined as physical damage to property other than the product itself.

Cases wherein the product causes damage to itself are therefore assessed outside the scope of the product liability regime. Such damages must instead be determined under contract law and the rules on the non-conformity of goods. In this particular case, the Supreme Court underlined the test previously set out in Masnedø, stipulating that the correct test when making the distinction is to examine what the claimant has acquired from its immediate contractual counterparty.

Damage caused by a component part to an end product in which the component is integrated can provide grounds for a contractual claim only against the seller. In the case at hand, there were no contractual relations between S and M, and the unit that S had acquired from Y was a ship. The claim therefore had no merit under product liability law.