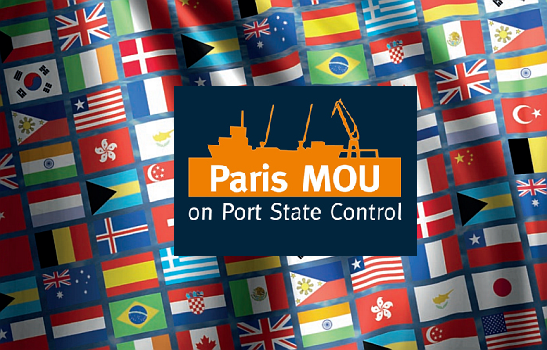 (www.MaritimeCyprus.com) At its 51st meeting last month, the Paris MoU Committee approved the 2017 inspection results and adopted new performance lists for flags and Recognized Organizations (ROs). These lists will take effect from 1 July 2018.

The “White List” represents flags with a consistently high performance record. Compared to last year’s list, the number of flags on the “White List” has decreased by two. The Republic of Korea has moved back to the “White list” after one year on the “Grey List”. Poland has entered the “White List” as well.

Flags with an average performance are shown on the “Grey List”. Their appearance on this list may act as an incentive to improve and move to the “White List”. At the same time flags at the lower end of the “Grey List” should be careful not to neglect control over their ships and risk ending up on the “Black List” next year.

Details of the responsibility of the ROs for detainable deficiencies have been published since 1999. When one or more detainable deficiencies are attributed to an RO in accordance with the Paris MoU criteria, this is recorded as “RO responsible” and the RO is informed. Out of 685 detentions recorded in 2017, 99 or 14.5% were considered RO related compared to 13.9% in 2016.

On 1 July 2018 the performance lists will be used for calculating the Ship Risk Profile. Flags on the “Grey List” and “Black List” will be subject to  more stringent banning measures which are in force since 1 January 2011.

Click on below image to view the Paris MoU 2017 performance lists for flag states and recognized organizations. 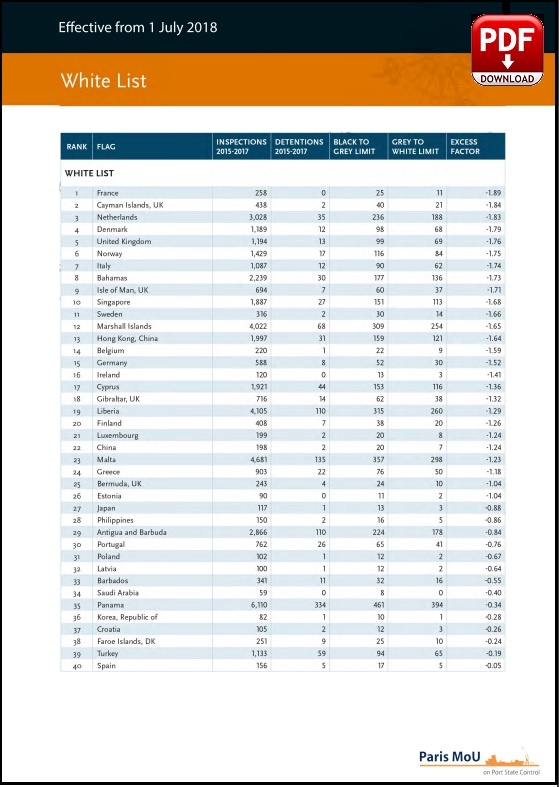