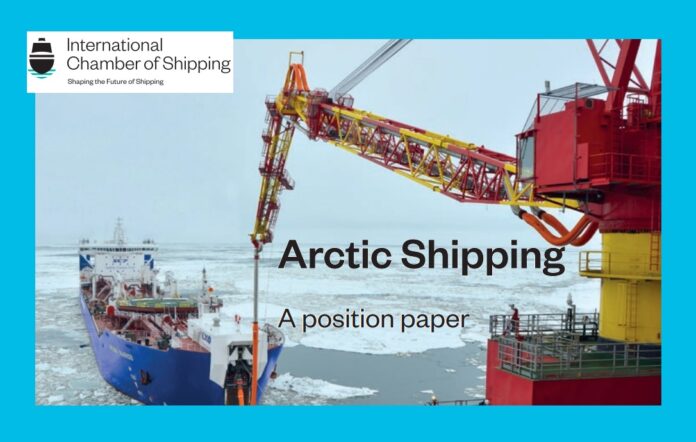 (www.MaritimeCyprus.com) Reported changes to the world’s climate appear to be increasing the accessibility of the Arctic to international shipping. These changes are likely to increase shipping traffic navigating throughout the region. In view of this anticipated future increase in shipping, there is growing awareness within the international community about the potential sensitivity of Arctic ecosystems to the impact of such activity and the necessity for a high degree of care whenever ships navigate Arctic waters. These concerns are fully acknowledged and shared by international ship operators, as represented by ICS which is totally committed to the protection of the environment and the prevention of pollution. This position paper has been updated following the global entry into force of the International Code for Ships Operating in Polar Waters (Polar Code) adopted by the UN International Maritime Organization (IMO). The purpose of this ICS paper is to reiterate some key principles with respect to the regulation of ships navigating Arctic waters and the governance of maritime activity in the Arctic.

Arctic shipping is a key issue of focus at IMO. This includes the adoption by IMO Member States of the Polar Code which entered into force worldwide in 2017 via amendments to the International Convention for the Safety of Life at Sea (SOLAS) and the International Convention for the Prevention of Pollution from Ships (MARPOL). These IMO Conventions are already widely ratified and enforced on a global basis, which means that the Polar Code is already being implemented by virtually all merchant ships that are trading in Arctic waters. Indications of thinner ice and longer ice free periods have opened up the possibility of increased international shipping activity in the Arctic. Already, ships in the Arctic are involved in four main types of operation:

Offshore support vessel activity already represents a significant form of shipping in the Arctic region, while destination transport is anticipated to grow considerably in the next few years as new sources of raw materials and energy are developed and the population of the Arctic increases. Although the expected timeline for the opening up of transArctic intercontinental sea routes is currently unclear, and for the immediate future their impact on traditional shipping routes should not be overestimated, use of the NSR is already a reality for a small number of merchant ships. Independent of climate change, technical developments in ship design, construction and equipment – that make operations possible in remote regions with challenging and unpredictable sea and weather conditions – are stimulating increased interest in Arctic shipping. This is driven to a large extent by increasing demand for shipping services that can support the extraction of seemingly abundant natural resources, with maritime trade between Arctic destinations and the rest of the world expected to expand as a result of this new economic activity. The demand for maritime tourism in the Arctic is also expected to grow, facilitated by increasing accessibility and improvements to ship design and maritime safety.