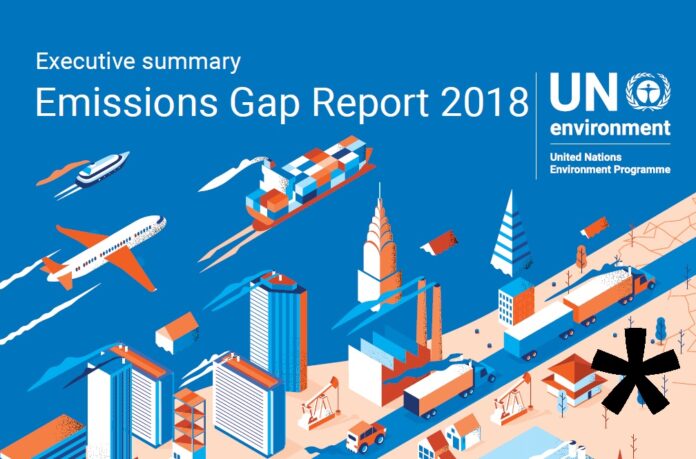 (www.MaritimeCyprus.com) The United Nations released the Emissions Gap Report 2018, which shows that global carbon dioxide (CO2) emissions rose again during 2017 after a three year hiatus, highlighting the imperative for countries to deliver on the historic Paris Agreement to keep global warming to below 2°C above pre-industrial levels. It also calls for efforts to limit the temperature increase even further to 1.5 degrees Celsius.

What’s new in this year’s report?

This year, the Emissions Gap Report includes an assessment of the emissions associated with the Nationally Determined Contributions and current policies of each of the G20 members, including the European Union. This is in addition to presenting an update on global greenhouse gas emissions and national actions to meet the earlier Cancun pledges.

The Report features new information on the ‘emissions gap’, which is the gap between where we are likely to be and where we need to be. It takes into account the latest scientific information, including the IPCC Special Report on 1.5°C.

Ways to bridge the emissions gap

Every year, the report also features ways to bridge the still existing emissions gap. This year these topics are fiscal policy, the role of innovation, the role of non-state and subnational action and ways to increase the ambition of the Nationally Determined Contributions. The report has been prepared by an international team of leading scientists, assessing all available information.