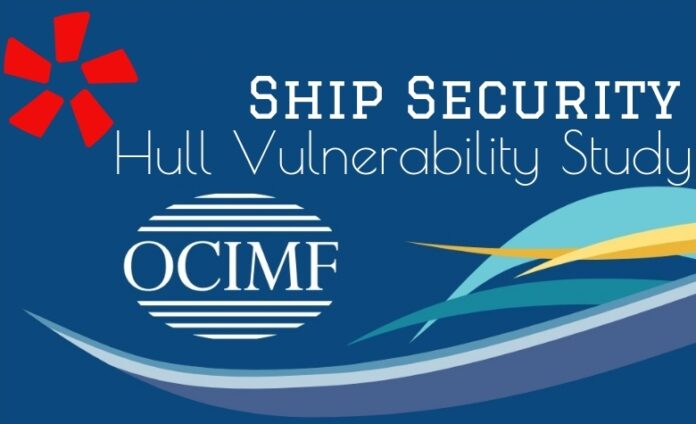 (www.MaritimeCyprus.com) Recently there were raised concerns about increasing attacks against vessels from missiles, crafts carrying Improvised Explosive Devices (IEDs) and hand-held Anti-Tank Guided Weapons (ATGWs). Due to regional conflict, new threats emerged in October 2016. Analysis of recent incidents has shown that the stern of the hull is a likely target area, especially on tankers.

This information paper has been developed to highlight the results of the study in relation to the protection of crew and vessels. The results can be applied to both existing and new build vessels OCIMF collaborated with QinetiQ, a multinational defence company, to conduct a computer-based simulation study. The simulations were created by QinetiQ’s Survive tool to investigate the vulnerability of a laden Aframax-size tanker’s hull with the crew at a heightened state of readiness. This type of vessel was chosen for the study because its hull construction is a common tanker form.

The aim of the study was to determine, following attacks by Anti-Ship Missiles (ASMs), Water-Borne IEDs (WBIEDs) and ATGWs:

The study used computer-based simulation to assess the vulnerability of an Aframax-size tanker to a range of credible threats: a representative ASM, a WBIED and an anti-tank missile. The analysis considered personnel survival, the integrity of the hull and internal bulkheads and the vulnerability of critical systems. The results were evaluated quantitatively using focused modelling and qualitatively by naval architects and vulnerability design experts.

Summary of results
The study concluded the following:

When operating in areas where threats of ASMs, ATGWs and WBIEDs have been identified, this study highlights the following for consideration:

For more details, click on below image to view full OCIMF paper: