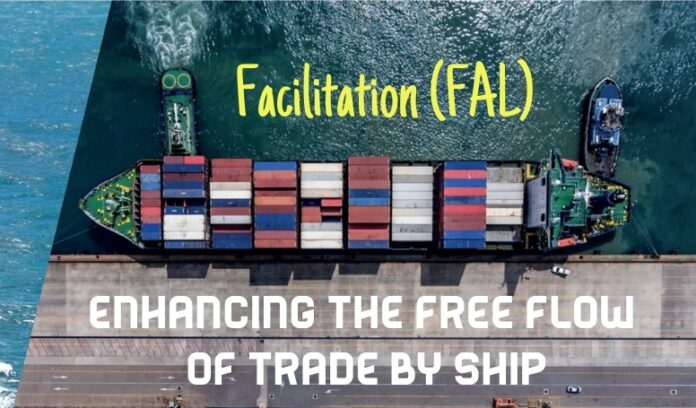 (www.MaritimeCyprus.com) A mandatory requirement for national governments to introduce electronic information exchange between ships and ports comes into effect from 8 April 2019. The aim is to make cross-border trade simpler and the logistics chain more efficient, for the more than 10 billion tons of goods which are traded by sea annually across the globe.

The requirement, mandatory under IMO's Convention on Facilitation of International Maritime Traffic (FAL Convention), is part of a package of amendments under the revised Annex to the FAL Convention, adopted in 2016.

"The new FAL Convention requirement for all Public Authorities to establish systems for the electronic exchange of information related to maritime transport marks a significant move in the maritime industry and ports towards a digital maritime world, reducing the administrative burden and increasing the efficiency of maritime trade and transport," said IMO Secretary-General Kitack Lim.

The Facilitation Convention encourages use of a "single window" for data, to enable all the information required by public authorities in connection with the arrival, stay and departure of ships, persons and cargo, to be submitted via a single portal, without duplication.

The requirement for electronic data exchange comes into effect as IMO's Facilitation Committee meets for its 43rd session (8-12 April). Alongside other agenda items, the Committee will continue its ongoing work on harmonization and standardization of electronic messages. Phase one of the review of the IMO Compendium on Facilitation and Electronic business, including the data elements of the FAL Convention is expected to be completed and the revised Guidelines for setting up a single window system in maritime transport are set to be approved. 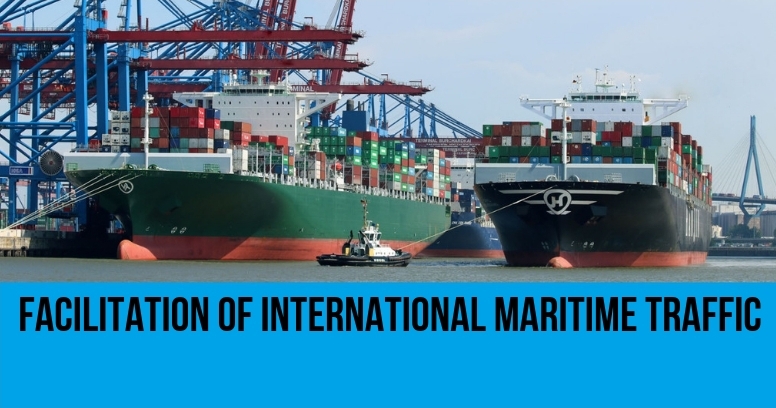 When a ship comes in to port it may be the end of a voyage but it’s just the beginning of a whole range of administrative tasks that need to be done.

Customs declarations for cargo and ships’ stores; immigration clearance for crew and passengers and their baggage; import and export permits: these are just the tip of the iceberg. And when the ship leaves, it’s the same process all over again.

This is what we call Facilitation of International Maritime Traffic – or FAL for convenience.

Why does it matter?

FAL matters because, if it goes smoothly, shipments move more quickly, more easily and more efficiently. But if it goes badly, delays, inefficiencies and extra costs are inevitable.

The main objective of the IMO's Convention on Facilitation of International Maritime Traffic (FAL Convention), adopted in 1965, is to achieve the most efficient maritime transport as possible, looking for smooth transit in ports of ships, cargo and passengers. The FAL Convention, which has 121 Contracting Governments, contains standards and recommended practices and rules for simplifying formalities, documentary requirements and procedures on ships' arrival, stay and departure. Under the FAL Committee, IMO has developed standardized FAL documentation for authorities and Governments to use, and the FAL Convention urges all stakeholders to make use of them.

The IMO Standardized Forms (FAL 1-7)
The Facilitation Convention (Standard 2.1) lists the documents which public authorities can demand of a ship and recommends the maximum information and number of copies which should be required. IMO has developed Standardized Forms for seven of these documents.

Five other documents are required, on security, on wastes from ships, on advance electronic cargo information for customs risk assessment purposes, and two additional ones under the Universal Postal Convention and the International Health Regulations.

​Amendments to the Facilitation Convention were adopted in 2016 and they entered into force on 1 January 2017. The FAL Convention amendments make it mandatory for ships and ports to exchange FAL data electronically from 8 April 2019.  There is provision for a transitional period of at least 12 months, during which paper and electronic documents are allowed.

The FAL Convention encourages use of the so-called “single window” concept in which all the many agencies and authorities involved exchange data via a single point of contact. The maritime single window system allows for the streamlining of procedures, via electronic systems, for provision of information related to the arrival, stay and departure of the ship itself, and data on its crew, passengers and cargo, in accordance with the requirements of the FAL Convention.

IMO has been supporting Member States to prepare for electronic data exchange, with national and regional seminars and work shops.

A project is underway in Antigua and Barbuda to develop a  maritime single window. Following the installation of the first, basic system platform in 2018, testing and implementation has begun. If successful, the system, developed by Norway, could potentially benefit other countries of the Caribbean region and be rolled out to other regions of the world.