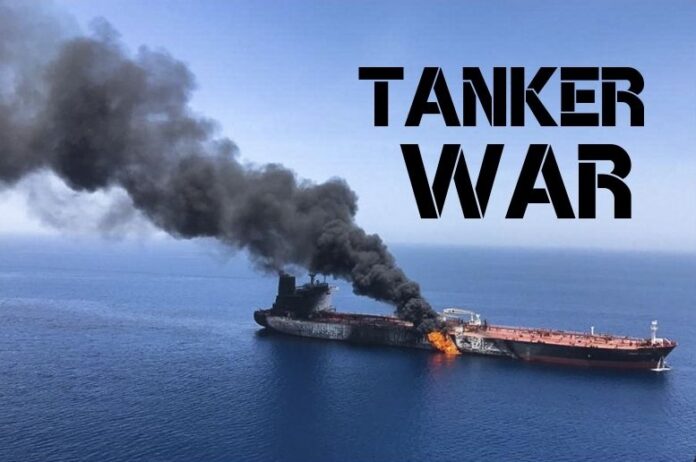 (www.MaritimeCyprus.com) It was not exactly a scene out of “Captain Phillips,” but it was still dramatic.  Aired on Iranian state TV on July 20th, the UK-flagged oil tanker Stena Impero is seen in the background, flanked by a flotilla of fast-moving Iranian Islamic Revolutionary Guards Corps (IRGC) boats.  Simultaneously, an Iranian Mi-17 helicopter variant hovers over the slow-moving tanker, the camera cuts to an assault team inside the aircraft, and soon individuals fast-rope onto the Stena Impero’s desk.  In dramatic fashion, Iranian leadership demonstrated that the IRGC had the ability to seize a vessel in international waters and that Tehran had the political will to escalate an already tense crisis in the Persian Gulf.

While the video was entertaining, it did not demonstrate a paradigm-shifting capability on the part of the Iranians.  An operation to seize a tanker in fair seas, in daylight, and without resistance is risky, but such a scenario hardly conjures the form of danger that American Navy SEALs, the UK’s Special Boat Service, or French Navy Commandos would face should their countries need to seize a ship at sea.  In short, the capabilities of the IRGC are the least interesting component of the display.  That the Iranian Government would commit such a brazen act in international waters, however, is of great interest to policymakers and – of course – observers of energy markets worldwide.

The Iranian operation to seize the Stena Impero cannot be assessed in isolation.  This operation follows the Trump Administration’s “maximum pressure” campaign and Secretary of State Mike Pompeo’s 12-point policy program towards Iran.  More recently, the loss of both American and Iranian unmanned aerial vehicles in the Persian Gulf, and a UK-led seizure of a vessel apparently involved in the smuggling of oil into Syria, shows that Iran and the United States and its allies are expanding the thematic possibilities of provocation and response.  Thus far, the only related action that could cause immediate physical harm to people on any side of the dispute has taken place inside Iraq, but the violence was limited to rocket or mortar fire, it was sporadic, and almost indiscriminate.

While the next Iranian form of provocation is unknown, Europe has taken a clear step towards protecting their maritime interests in the Gulf.  The United States acknowledged it cannot provide escort to commercial vessels of other nations under international law (despite re-flagging Kuwaiti vessels to do just this in the Tanker War of the 1980s), so France, the UK, and perhaps other European states are forming an ad-hoc naval task force to deter and, if necessary, prevent further Iranian seizures in the Gulf.

The situation in the region is tense, and the carnage of the anti-Islamic State campaign and the Iraq War before it is fresh in the minds of all stakeholders, but with these escalatory steps acknowledged, it is difficult to see a relaxation of tension in the region in the short run.  Hopefully, the most dramatic activity to come will be more staged events for TV audiences, and not military action with a deliberately violent, and status-quo altering, intent.