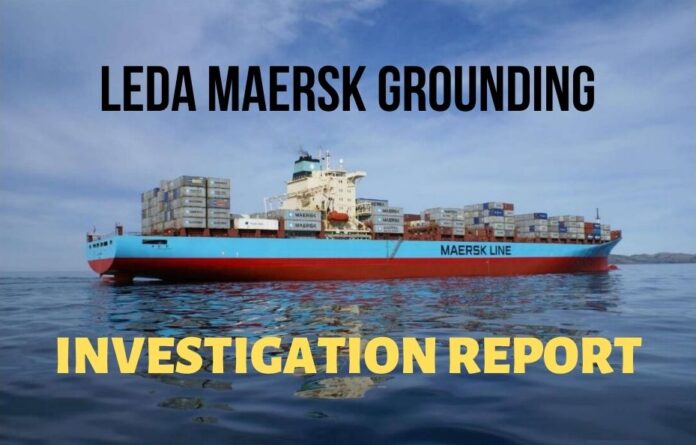 (www.MaritimeCyprus.com) The New Zealand Transport Accident Investigation Commission (TAIC) issued the report of its investigation of the 10 June 2018 grounding the container ship Leda Maersk in the Port of Otago.

The ship was rounding the final bend in the channel before reaching its berth, when a combination of factors caused it to deviate from the planned track in the center of the channel, and ground on the left channel bank.

Nobody was injured and damage to the ship was confined to scraping of the paintwork on the hull. The Transport Accident Investigation Commission found that neither the harbor pilot nor the ship’s bridge team recognized that the Leda Maersk was deviating from the planned track.

This was because they were all primarily navigating using visual cues outside the ship, rather than fully using the electronic navigation aids, all of which clearly showed the ship deviating from the center of the channel.