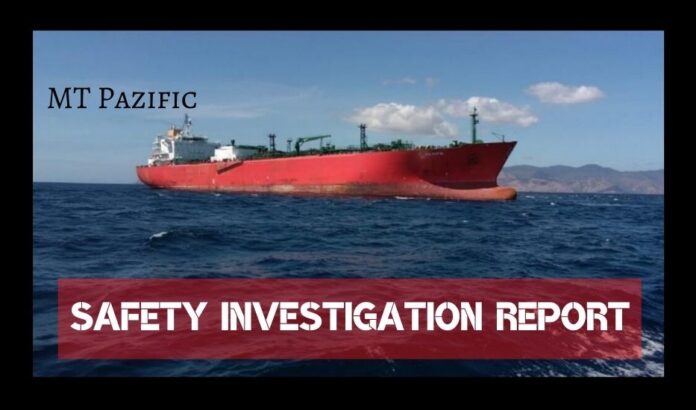 Since only the forepeak and ballast water tanks were damaged, no cargo escaped. Transferring cargo and ballast water enabled the PAZIFIK to refloat at 0850 local time on 14 July 2018. She then proceeded to a shipyard in Singapore under her own steam escorted by a tug which had arrived in the meantime.

During the repair, about 50 m of the double bottom was renewed and the rudder was repaired. The latter was damaged when the ship refloated from the rocks during a minor collision with the tug.

Culminating in the PAZIFIC running aground, this accident is due to the not fully engineered ECDIS, which is approved as a primary means of navigation and displaces other important sources of information, such as sailing directions, without the establishment of a consistent replacement for them.