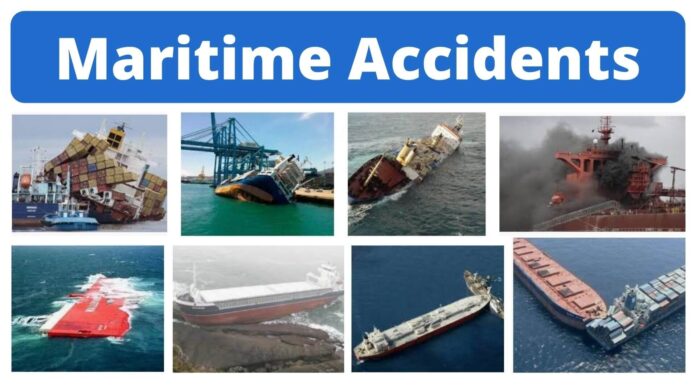 Maritime equipment is usually well-designed and built to tolerate the stresses that all vessels undergo while navigating the world’s oceans and waterways. However, it is also increasingly complex and contains a myriad of moving parts.

Many maritime accidents are caused by engine breakdowns,  problems with electronic systems, and other types of equipment failure. Sometimes equipment failure is a result of natural phenomena such as bad weather or heavy seas, but in many instances, there are other causal factors that come into play.

Common causes of equipment failure include:

Another major cause of equipment failure is a language barrier, especially when it comes to operating manuals. Per the Institute of Seatransport, even though ship design and building methods have improved over the years, there is a need for well-written and properly translated operating manuals  In many cases, the documentation that comes with maritime is generic and written in languages that many ships’ crews can’t read. This problem can be remedied by the use of readily-available translation software, but many shipping companies don’t exercise this option.

According to the Mariners Alerting and Reporting Scheme (MARS), human error accounts for the majority of maritime accidents. Human error typically occurs due to improper training and/or lack of training, inexperience, fatigue from being overworked, and overexertion.  In some cases, such as the Costa Concordia grounding which caused 32 deaths in January of 2012, human error can be caused by the incompetence of a ship’s captain.

Even in a world where many ships’ functions are automated, experience and proper training make a considerable difference on how a vessel is operated. Many accidents occur because a seaman or a ship’s officer does not react quickly or properly in an emergency situation, such as a collision with another vessel or a sudden shipboard fire. In most instances, well-trained personnel have faster reaction times and can cope with unexpected crises better than inexperienced crew members or junior officers. Trained and experienced seamen don’t panic and can take the proper actions necessary to save the vessel, its contents, crew, and passengers.

Keep in mind that even if they are properly trained,  overworked seamen are also dangerous seamen.  Men and women who work on ships risk becoming physically and mentally exhausted. Overworked seamen and officers are more likely to make poor decisions, misread navigational charts or warning signals,  or have slower reaction times than those who keep regular eight-hour watches. Chronic lack of sleep has the same effect on the brain as drinking alcoholic beverages, and many seamen have been killed or injured as a result of sailing on a vessel with an overworked crew.

Despite the existence of modern navigation and communication aids such as ship-to-ship radios,  radar, GPS, and state-of-the-art computerized navigation charts, collisions at sea are still a major cause of maritime disasters. The worst peacetime maritime accident in history was the collision of the passenger ferry MV Dona Paz with the tanker MT Vector.  This collision, which killed over 4,000 persons on a ship intended to carry only 1500 passengers, occurred off the Philippine Islands on December 20, 1987. Only 24 survivors were rescued.

Collisions at sea are more likely to occur in busy ports and crowded shipping lanes, especially near the coast or in narrow straits and inlets. These accidents are often the result of inexperienced watchstanders on the bridge, navigational errors, malfunctioning or misused radar systems, and poor decision-making by overworked personnel.

Maritime vessels are essentially a collection of interlinked systems that must work together in order to operate and navigate safely on the water. Every part of a ship is essential, no matter if it’s the ship’s engines or a watertight hatch. Even the most solid pieces of a ship are affected by wear and tear, so sticking to a proper maintenance plan helps to prevent maritime accidents.

Many seamen have been injured or killed, and many vessels damaged or lost, as a result of poor maintenance. Trip and fall accidents occur frequently when loose or corroded metal ladders are not properly secured or replaced. Seamen have lost fingers and other body parts to malfunctioning watertight doors, and poorly maintained fuel lines have caused fatal shipboard fires. These maritime accidents were not inevitable. They could have been avoided if proper steps were taken to keep the vessels safe and seaworthy.