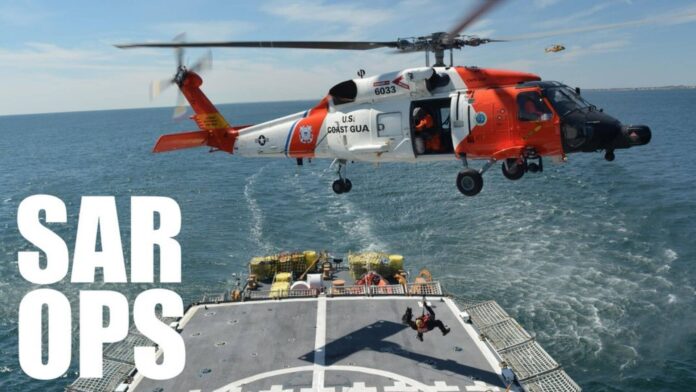 (www.MaritimeCyprus.com) The USA National Oceanic and Atmospheric Administration (NOAA) polar-orbiting and geostationary satellites are part of the global Search and Rescue Satellite Aided Tracking System, or COSPAS-SARSAT, which uses a network of U.S. and international spacecraft to detect and locate distress signals from emergency beacons aboard aircraft, boats and from handheld Personal Locator Beacons (PLBs) anywhere in the world.

NOAA’s satellite fleet, renowned for being the backbone of weather forecasts, also played a pivotal role in rescuing 304 people from potentially life-threatening situations throughout the United States and its surrounding waters in 2020 through other capabilities that fly on these satellites.

When a NOAA satellite pinpoints the location of a distress signal in the U.S., the information is relayed to the SARSAT Mission Control Center at NOAA’s Satellite Operations Facility in Suitland, Maryland. From there, the information is sent quickly to Rescue Coordination Centers, operated either by the U.S. Air Force for land rescues, or the U.S. Coast Guard for water rescues. NOAA also supports rescues globally by relaying distress signal information to international SARSAT partners.

In one harrowing case last year, four people were rescued from a sinking boat impacted by Tropical Storm Sally, about 60 miles northwest of Clearwater, Florida. The Coast Guard received the alert details from the PLB onboard the vessel. A helicopter from Air Station Clearwater could not make the rescue because of the hazardous weather conditions, so the Coast Guard diverted the container ship COSCO MALAYSIA to the scene, where it picked up the endangered sailors for transport to Tampa.

By law, beacon owners are required to register their devices online with NOAA. The registration information helps provide better and faster assistance to people in distress and reduces false alarms. It may also provide what type of help is needed.

Since its start in 1982, COSPAS-SARSAT has been credited with supporting more than 48,000 rescues worldwide, including nearly 9,400 in the United States and its surrounding waters.