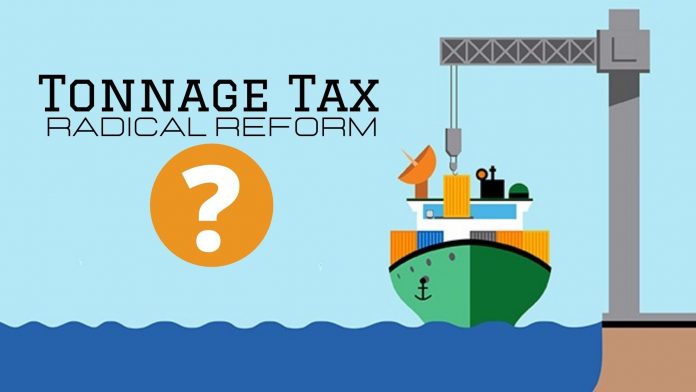 (www.MaritimeCyprus.com) Proposals for global tax reform have the potential to undermine the tax policies applied to shipping. The Organisation for Economic Co-operation and Development (OECD), with increasing support from the G7, plans radical reform of taxation of large multi-national companies. The introduction of a “global minimum tax rate” seeks to prevent tax competition between states and the shifting of profits to low-tax jurisdictions. Its application to shipping would undercut the policies behind tonnage tax systems and shipping has sought, but has not yet been granted, an industry exemption from the rules.

During the 1920s, the UK and US promoted the idea of shipping companies being taxed only in their jurisdiction of residence.

Ships, then and now, can transport goods and people around the world without triggering corporate tax charges in their ports of call (there may, of course, be freight taxes and port charges) with the shipping company’s home state retaining the right to tax profits.

Shipping companies then discovered flags of convenience and offshore jurisdictions which were prepared to forgo their right as the home state to impose corporate taxation.

More recently, EU tonnage tax regimes and similar shipping tax incentive regimes in Singapore and Hong Kong have used tax to compete with the various offshore centres. In exchange for carrying out a sufficient level of economic and onshore maritime management activity in their jurisdiction, countries with high corporate tax rates are prepared to effectively give up their home state taxing right.

While not true of every shipping company, for many in the industry there is no corporate tax in the places where their services are provided and limited taxation in their home states.

Tonnage tax systems replace the actual income and expenses of a shipping business with a deemed daily profit based on the tonnage of ships that are operated in that business. On the whole, tonnage tax rules work by subjecting this low daily profit figure to a country’s standard tax rate.

No tax relief is given for the large sums spent on ships, fuel, offices and people, and no tax deductions are available for the interest costs incurred in financing operations.

Tonnage tax creates a predictable, consistent and usually low tax expense. If you know the tonnage of a ship, you can work out the corporate tax bill it will generate, fairly accurately, over a ten-year period.

An “effective tax rate” compares a company’s profits for a period with the tax bill it actually paid, so when a tonnage tax company is very profitable in any given year its effective tax rate is likely to be very low.

But how many shipping companies are profitable each and every year over a ten-year cycle?

In a year where profits are low, or losses are high, the corporate tax bill remains the same as in the best of years. So, an effective tax rate assessed over a longer period, and especially over the course of one or two turns of the shipping cycle, may end up being much higher.

Over a longer period, once you combine the impact of losses, depreciation for the costs of buying ships and tax deductions for the costs of financing and operating ships, the difference in the effective tax rates of a company operating within the mainstream corporate tax rules and a tonnage tax company in the same jurisdiction is likely small.

With backing from the new US administration and the G7 nations, ambitious proposals from the OECD to restructure the system of global taxation of multinational companies are gaining real momentum.

The proposals may even gain political approval this month, in June 2021.

The complexity of the task should not be underestimated and the number of countries who will need to agree on the measures means many challenges lie ahead. On the other hand, complex tax rules are not new; there is a global need for countries to generate larger tax receipts and the idea of having very large multinationals pay more tax is politically attractive to most people.

Shipping seems likely to be left out of one limb of the new proposals, which is aimed primarily at online businesses and seeks to have companies pay a proportion of their tax bills in the jurisdictions where their customers are based.

The other limb of the proposals is the imposition of a new global minimum effective tax rate that would apply to groups with annual gross revenues in excess of $750m. A tax rate has not been agreed upon but a minimum figure of 15% has been proposed.

The idea is to render pointless as a tax planning technique attempts to shift group profits into low tax jurisdictions. Accordingly, countries will be prevented from using their own tax systems to attract investment. The tax advantage of basing your sales office in Ireland with its 12.5% corporate tax rate is partially lost if the parent company must top up their own corporate tax bill such that those profits arising in Ireland are eventually taxed at an effective tax rate of 15%.

Shipping has asked for, but has not yet been granted, an industry exemption from the global minimum effective tax rate.

It is understood that Germany, among others, is reluctant to risk damaging the integrity of the new tax system by granting individual industry exemptions. There may be a queue of other industries asking for similar treatment if one is singled out for special treatment, and feelings of unfairness for those left in the new system or for jurisdictions which do not have large maritime clusters.

If applied to shipping, the plans would cut through close to a hundred years of tax policy. Profits would no longer be subject to tax only in the place of effective management of a shipping company. No longer could countries use their tax systems to support their ambitions to be “maritime nations”, develop their own maritime clusters, bolster their ship registries, build up maritime expertise across a range of services and train a steady stream of new recruits for their maritime industry.

But shipping has very strong economic, social and environmental arguments as to why it is not an industry that needs these tax avoidance rules applied to it – the OECD, EU and G7 all seem to agree that tonnage tax systems are helpful and are to be encouraged, rather than being unacceptable, harmful tax practices. Tax havens can be dealt with by economic substance rules.

Given the world needs shipping, and needs it to invest heavily in improving its environmental impact, now seems an unfortunate time to throw complex tax rules into the mix that will generate fluctuating and unpredictable tax bills for shipping groups; especially when, over time, these new rules seem unlikely to actually generate any more tax payments from the industry.

The shipping industry may well find itself swept along with these plans for the perceived sake of the greater good of the integrity, simplicity and sense of fairness of this massive global tax reform.

However, for the shipping industry, the measures seem unnecessary (in that they will not generate greater tax revenues), unhelpful (in that they will detract from essential investment) and detrimental to those coastal nations that have positioned themselves as maritime centres.