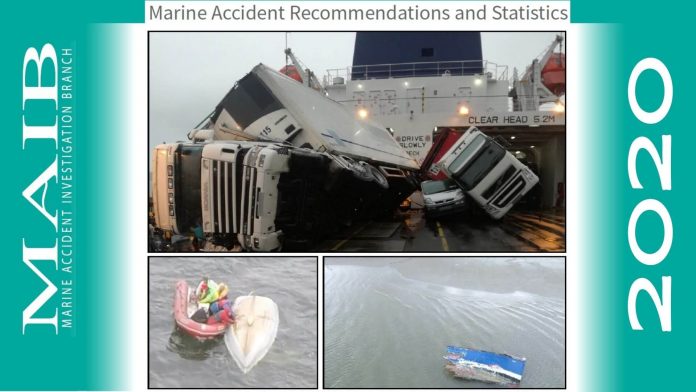 (www.MaritimeCyprus.com) The MAIB raised 1217 reports of marine accidents and incidents and commenced 19 investigations in 2020.

In 2020, the MAIB published two investigation reports into the collapse of container stacks on large container ships, both of which were transiting the North Pacific Ocean in heavy weather at the time.

Such accidents are challenging to investigate due to the multiple inter-related factors involved and that critical evidence could be lost overboard during the accident. There have been more accidents involving large losses of containers since, the most notable being ONE Apus, and more general concerns about large container vessels were already being raised before Ever Given grounded in the Suez Canal earlier this year.

There is no doubt that accidents involving Ultra Large Container vessels will continue to receive intense focus, but it is too early to say what common themes might emerge from accident investigations and whether these could have wider implications for the sector.
On paper, 2020 was a safer year for the UK fishing industry, with only one accident (Joanna C, BM 265) resulting in fatalities. Regrettably, six commercial fishermen’s lives have been lost already in 2021, meaning that eight commercial fishermen have lost their lives in the 6 month period November to May. While the investigations are ongoing, the indications are that five lives were lost as a result of small fishing vessels capsizing or foundering quickly.

The MAIB is currently in the process of recovering the wreck of Nicola Faith (BS 58), the most recent small fishing vessel to founder, to establish why the vessel sank and its three crew lost their lives.

The accidents involving leisure and recreational crafts that the Branch is investigating are quite varied, but two themes are worth mentioning. As the tragic accident onboard the motor cruiser Diversion demonstrated, lives are still being lost due to carbon monoxide poisoning (see Safety Bulletin 2/2020).

There can be many sources of carbon monoxide on a cruising vessel, including the main engines, generators, heaters and cooking appliances. Whatever the source, the presence of carbon monoxide can be detected by a reasonably inexpensive alarm, which will provide ample warning that this odourless, highly toxic gas is present. Owners of crafts with enclosed accommodation spaces are strongly advised to fit a carbon monoxide alarm suitable for use in the marine environment and to test it regularly.

The collision between a PWC and RIB Rib Tickler, and the RIB Seadogz’s collision with a navigation buoy are still under investigation, but both accidents resulted in fatalities that could have been avoided had a better lookout been kept and larger passing distances maintained. 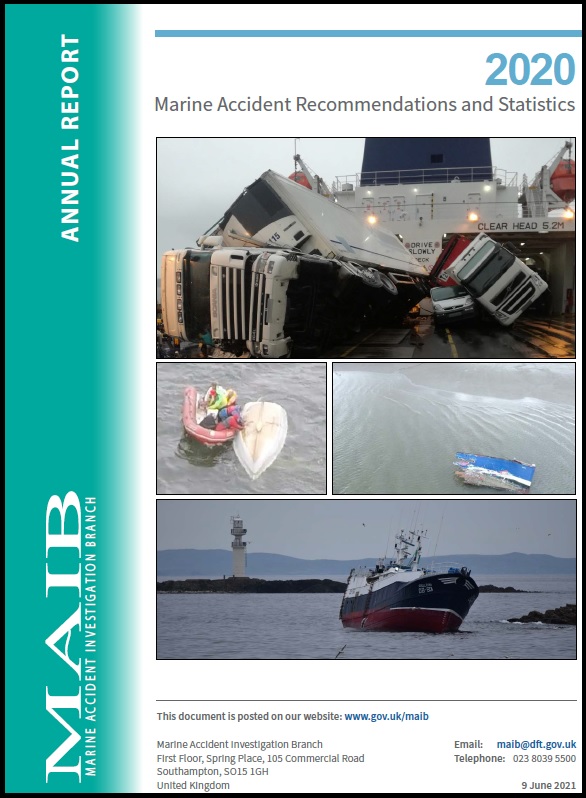