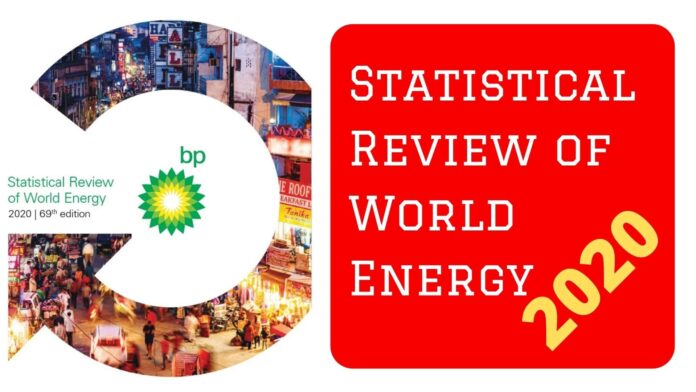 (www.MaritimeCyprus.com) The Statistical Review of World Energy analyses data on world energy markets from the prior year.Â Growth in energy markets slowed in 2019 in line with weaker economic growth and a partial unwinding of some of the one-off factors that boosted energy demand in 2018.

This slowdown was particularly evident in the US, Russia and India, each of which exhibited unusually strong growth in 2018.

China was the exception, with its energy consumption accelerating in 2019. As a result, China dominated the expansion in global energy markets â€“ contributing the largest increment to demand for each individual source of energy other than natural gas, where it was only narrowly surpassed by the US.

Despite the support from China, all fuels (other than nuclear) grew at a slower rate than their 10-year averages, with coal consumption declining for the fourth time in six years. Nevertheless, renewables still provided a record increment to primary energy and provided the largest contribution (41%) to growth in primary energy, with the level of renewable power generation exceeding nuclear power for the first time.

The slowdown in energy demand growth, combined with a shift in the fuel mix away from coal and toward natural gas and renewables, led to a significant slowing in the growth of carbon emissions, although only partially unwinding the unusually strong increase seen in 2018.

Energy prices fell on the whole, particularly for coal and gas where growth in production outpaced consumption leading to a build-up of inventories. Oil prices were a little lower.

Primary energy consumption rose by 1.3% last year, below its 10-year average of 1.6%, and much weaker than the 2.8% growth seen in 2018. By region, consumption fell in North America, Europe and CIS and was below average in South & Central America. Demand growth in Africa, Middle East and Asia was roughly in line with historical averages.

China was by far the biggest individual driver of primary energy growth, accounting for more than three quarters of net global growth. India and Indonesia were the next largest contributors, while the US and Germany posted the largest declines in energy terms.

Looking at energy by fuel, 2019 growth was driven by renewables, followed by natural gas, which together contributed over three quarters of the net increase. The share of both renewables and natural gas in primary energy increased to record highs. Meanwhile, coal consumption declined, with its share in the energy mix falling to its lowest level since 2003.

The combination of slower growth in energy demand and a shift in the fuel mix away from coal and toward natural gas and renewables led to a significant slowdown in the growth of carbon emissions. Emissions rose by 0.5%, although slower than their 10-year average, it only partially unwound the unusually strong growth of 2.1% seen in 2018.

WorldÂ coal consumption fell by 0.6% (-0.9 EJ), its fourth decline in six years,Â displaced by natural gas and renewables, particularly in the power sector (see electricityÂ section). As a result, coalâ€™s share in the energy mix fell to 27.0%, its lowestÂ level in 16 years.

Renewables energy consumption (which includes biofuels and all traded renewable electricity apart from hydro) continued to grow strongly, contributing its largest increase in energy terms (3.2 EJ) on record. This accounted for over 40% of the global growth in primary energy last year, which is larger than any other fuel. As a result, renewables increased its share in the energy mix from 4.5% in 2018 to 5%.

Electricity generation grew by only 1.3%Â - around half its 10-year average. China accounted for more than 90% of netÂ global growth.

The share of renewables in power generation increased from 9.3% to 10.4%, surpassing nuclear for the first time. Coalâ€™s share of generation fell 1.5 percentage points to 36.4% - the lowest in our data set (which starts in 1985). 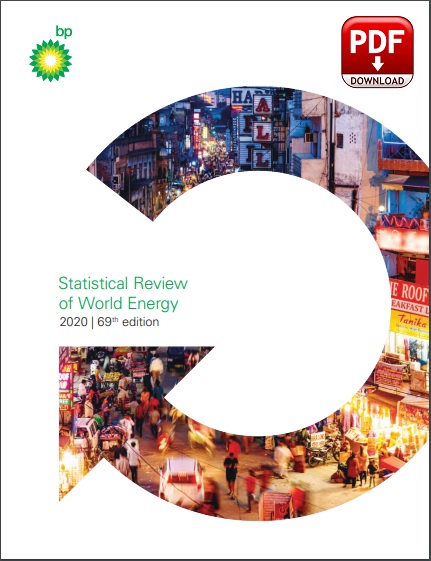