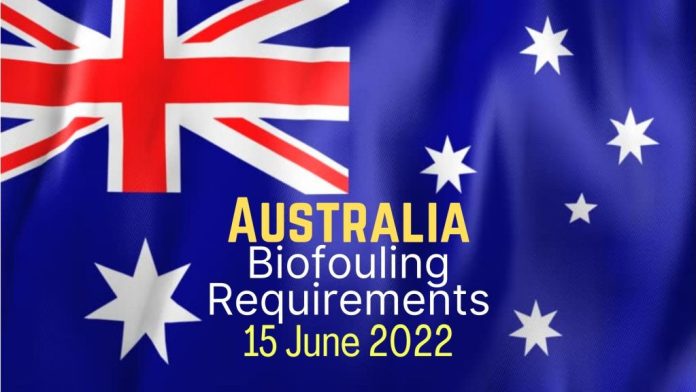 The Biosecurity Amendment (Biofouling Management) Regulations 2021, published on 9 December 2021 and effective 15 June 2022, will require information about biofouling management and voyage history of the vessel in the past 12 months prior to entry to the Australian territory to be included in a vessel’s pre-arrival report.

The amended Regulations will require the following information to be included in the pre-arrival report:

The above requirements will be inserted after paragraph 48(2)(o) of the Biosecurity Regulations 2016.

In response to a query from INTERTANKO, Australia’s Department of Agriculture, Water and the Environment confirmed that a Biofouling Management Plan and Record Book that is compliant with the International Maritime Organization Biofouling Guidelines will be sufficient to meet the biofouling management requirements.

Australia is the third country which implements Biofouling requirements after USA (California) and  New Zealand.

IMO Biofouling Guidelines can be downloaded below:

For more resources and Guides regarding Biofouling, click HERE.