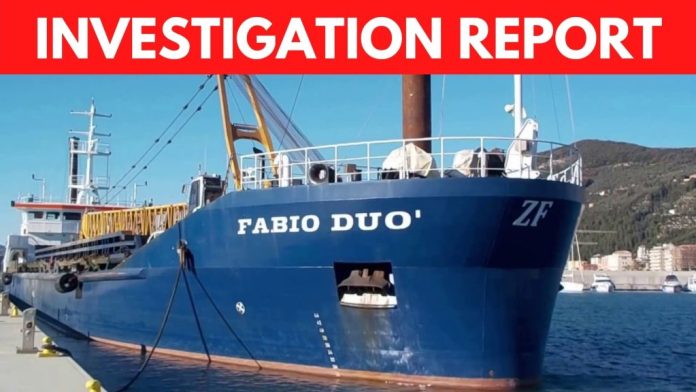 (www.MaritimeCyprus.com) On January 11, 2021, the master of the M/V FABIO DUO’ became seriously injured in Santa Margherita Ligure, Italy while the vessel was engaged in crane operations during discharge of a cargo of boulders.

The vessel’s crane was being used to transfer boulders from the cargo hold and place them in position at the breakwater. The master, who was on duty at the time, walked forward to check on some maintenance, which the crew had carried out earlier. On his way back to the
accommodation, he decided to check on the status of the cargo hold.

While checking on the cargo, the crane turned towards the breakwater and trapped the
master in between the body of the crane and the hatch coaming. Consequently, the
master sustained serious injuries to his torso.

Transport Malta’s Marine Safety Investigation Unit found that the master was trapped between the coaming and the body of the crane while he was looking inside the cargo hold, that he may have missed the SMS Manual prohibition of free access to the open deck during crane operations, that the ship’s leadership style contributed to an eroded communication structure, and that the master missed the markings indicating the crane’s swinging area.

For more details, you can download the full investigation report below: