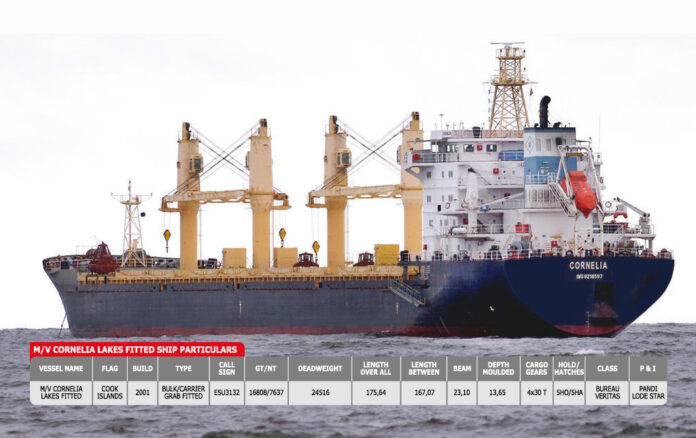 The US Department of Justice (DOJ) issued a news release stating that a bulk carrier operator pleaded guilty in federal court to violation of the Act to Prevent Pollution from Ships (APPS) by failing to maintain an accurate oil record book (ORB). The company will be required to pay an $800,000 criminal penalty and make a $200,000 community service payment. In addition, the company will be on probation for three years during which time it will be required to implement an environmental compliance program.

"Lake Superior is a vital part of Minnesota’s natural environment," said Assistant United States Attorney John Kokkinen. "The criminal fine and community service payment imposed by the Court provide a strong deterrent to future would-be polluters and significant funding to preserve and protect Lake Superior for future generations. This case was made possible by the excellent work of members of the United States Coast Guard who served as critical partners throughout this investigation."

"This case is an excellent example of the Coast Guard's and Department of Justice's commitment to holding shipping companies and crews accountable for non-compliance with International and U.S. environmental laws and regulations," said Rear Adm. June Ryan, commander of the Coast Guard 9th District. "Part of the terms of the plea agreement provide future protections for the pristine waters of the Great Lakes, a noteworthy outcome in the continued partnership between the U.S. Attorney's Office and the Coast Guard throughout the Great Lakes, in particular the U.S. Attorney's Office in Minnesota."

"The oceans and our inland waterways cannot be used as dumping grounds," said Jeff Martinez, Special Agent in Charge of EPA’s criminal enforcement program in Minnesota. "Today’s sentencing should send a clear message to would-be violators that the American people will not allow U.S. environmental laws to be violated, adversely affecting both public health and marine life."

According to the defendant’s guilty plea and documents filed in court, from February 2015 through October 2015, the M/V Cornelia, a German-owned commercial vessel, experienced significant leakages of oily waste-water. As a result, the M/V Cornelia was accumulating a substantial volume of machinery space bilge water.

On at least ten occasions, the M/V Cornelia’s Chief Engineer and/or Second Engineer instructed members of the engine room crew to transfer machinery space bilge water from the dirty bilge tank to the clean bilge tank, which is a separate tank that is supposed to contain only clean, oil-free water, and then discharge the oily waste-water overboard. At least one occasion when machinery space bilge water was transferred to the clean bilge tank and then discharged overboard occurred in approximately May 2015 while the ship was in the Great Lakes.

On each occasion in which oily waste-water was transferred internally and then discharged overboard, the Chief Engineer intentionally failed to record the transfers and subsequent discharges of oily waste-water in the M/V Cornelia’s Oil Record Book (ORB).  This gave the false impression in the ORB that all of the oily waste-water had been properly handled and disposed.

On November 3, 2015, the M/V Cornelia called upon the Port of Duluth to load grain for transport to Africa. At that time, U.S. Coast Guard inspectors boarded the vessel to conduct a Port State Control examination and were presented with the M/V Cornelia’s ORB containing the omissions and false entries.

As an additional condition of the defendant’s guilty plea, MST will serve three years of probation, during which time the organization must commit no further violations of the International Convention for the Prevention of Pollution from Ships (MARPOL), federal, state or local law. In addition, MST must fund and implement an Environmental Compliance Plan (ECP) for all vessels that it operates which call at ports or places in the United States.

This case is the result of an investigation conducted by the U.S. Coast Guard Investigative Service and the U.S. Environmental Protection Agency.