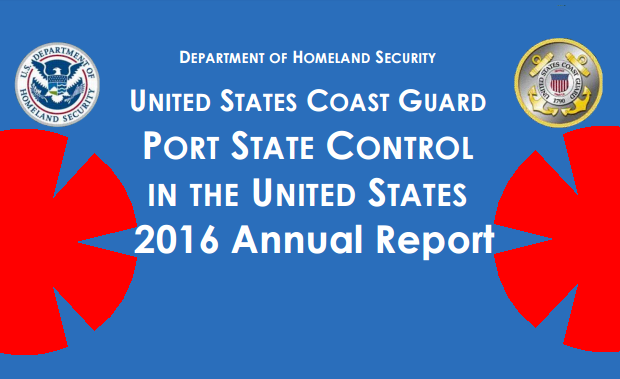 The US Coast Guard posted the 2016 Annual Report on Port State Control (PSC) in the United States. Detentions, which had been rising in the past, now showing decline. 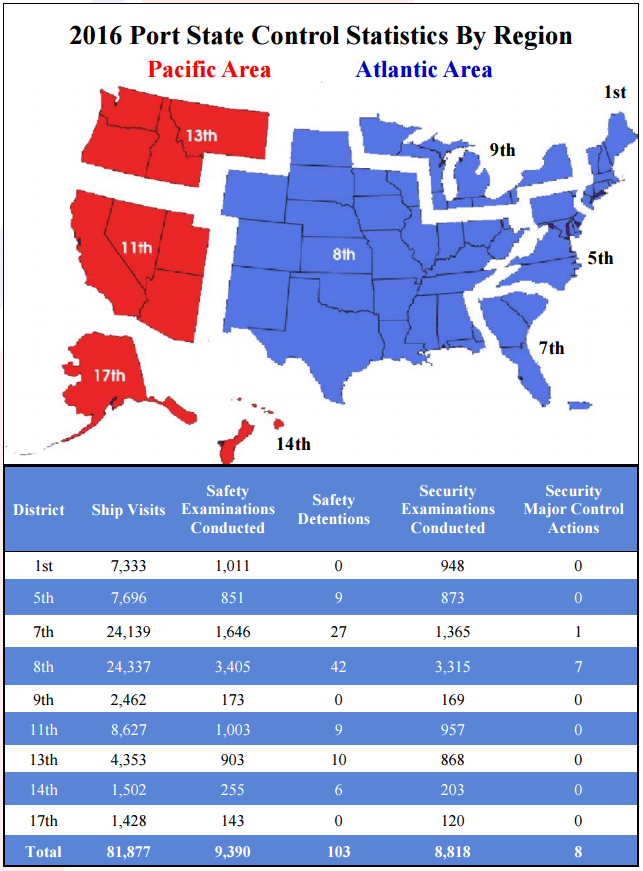 Flag administration safety performance for 2016 increased, with the overall annual detention rate dropping from 2.18% to 1.09%. The three-year rolling detention ratio also decreased from 1.67% to 1.63%. The flag administrations of Honduras and Malta were both removed from our Targeted Flag List. Flag administration security performance for 2016 increased as well, with the annual Control Action Ratio (CAR) decreasing from 0.13% to 0.09%. The three-year rolling average CAR has remained steady at 0.11%. Additionally, the flag administrations of Egypt, Honduras, and Tanzania were all removed from our ISPS/MTSA targeted matrix.

In addition to receiving appeals contesting the overall merits of a detention, we also receive appeals requesting the removal of a party’s association to a detention. In 2016, Coast Guard Headquarters received a total of 13 detention appeals. Four appeals were submitted challenging the overall merits of the detention. All four were denied. For those parties appealing their association with a detention, nine total, all nine were granted. For more information on the Coast Guard’s appeal process, please see our process guidance on page 5 of this report.

The Coast Guard is introducing QS21 E-Zero, a new program that incorporates environmental stewardship into the existing QS21 program. The QS21 E-Zero program focuses on compliance with international environmental conventions and U.S. ballast water regulations. The E-zero designation is intended to provide a higher level of recognition within the existing QS21 program. Details on the benefits of the new QS21 E-Zero program, including eligibility requirements, are presented in Chapter 2 of this report. Process wise, all existing QUALSHIP 21 ships that are coming due for renewal in the coming months will be automatically screened for eligibility based on renewals falling within the period of July 1, 2017 to December 1, 2017. For all other QUALSHIP 21 ships which presently meet the EZero criteria, shipping companies are welcome to submit applications in order to have the E-Zero designation added to their vessels’ current certificates for re-issuance.

You can view the complete report by clicking on below image. 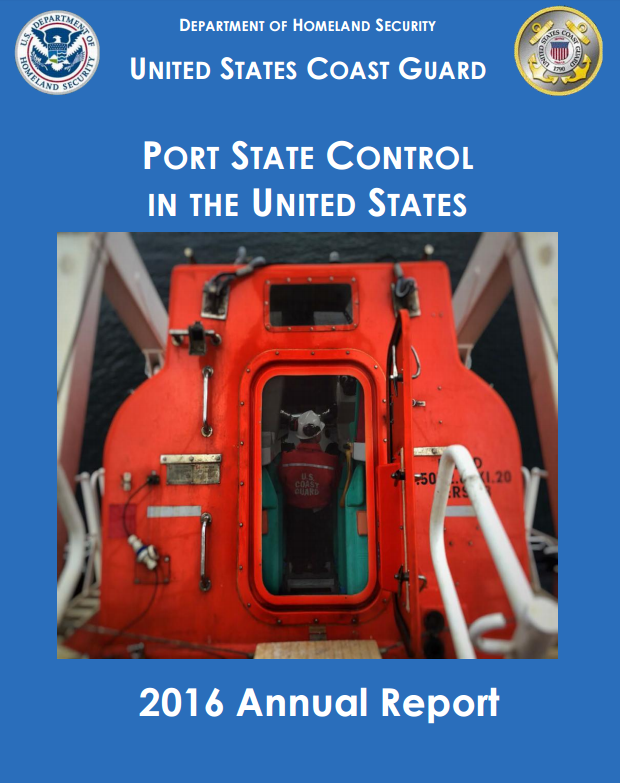