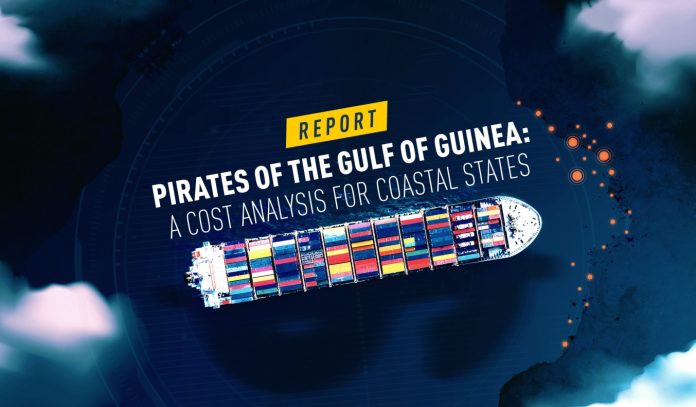 The number of seafarers exposed to kidnapping here in 2020 was 623, while only 8 seafarers suffered a similar threat anywhere else. This is the world’s piracy hotspot.

Piracy and robbery at sea are no longer concentrated in the waters near the Niger Delta. As we saw in the Western Indian Ocean a decade ago, the threat has spread outward from the shore and pirates are now operating over a vast region extending hundreds of miles from the coast.

Incidents are occurring farther from Nigeria than ever before, as an ever increasing share of attacks is happening outside Nigerian internal or territorial waters, and even beyond Nigeria’s exclusive economic zone.

This enduring threat has mobilized responses from both within the region and beyond it. In 2013 West and Central African nations formed a new regional maritime security framework called the Yaoundé Architecture, promoting information-sharing and resource-pooling along the African coast from Cabo Verde in the north to Angola in the south. Governments have initiated large-scale anti-piracy programs, such as the Falcon Eye and Deep Blue projects in Nigeria.

Most navies have acquired new vessels and invested in enhanced security measures at ports and anchorages. Foreign governments have provided training and expanded multinational exercises. Intergovernmental organizations like the United Nations Office on Drugs and Crime and the International Maritime Organization have assisted with capacity-building and legislation that ensures alleged pirates can be tried for their crimes. The private sector has contributed new tools for maritime domain awareness, developed best management practices for vessels operating in the Gulf of Guinea, and improved the security of vessels operating in high-risk areas. The trend in 2021 is promising, as rates of piracy have been lower this year than they have been at any point in the last decade.

Still, the Gulf of Guinea has averaged one incident of piracy or armed robbery for every 4.5 days since 2016. The frequency and violence of these attacks has preoccupied navies that could be addressing other maritime security threats, discouraged foreign investment, weakened state control of coastal and offshore areas, slowed the development of the blue economy, emboldened illicit traders and illegal fishers, and terrorized seafarer communities. This has exacted a financial and human cost to Gulf of Guinea states that, to this point, has been seen as secondary to the costs borne by multinational shipping companies and non-African entities.

Oceans Beyond Piracy estimated the annual cost of piracy in this area to be as high as US$818 million per year in 2017, but much of that cost was paid by non-African entities
and corporations.

The below report focuses specifically on costs paid by Gulf of Guinea nations, including the indirect and opportunity costs that have cost the region billions of dollars over the last decade.